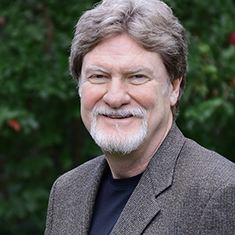 I started as a Human Resource professional and thought I would always be one after successful career stints at Gulf Oil as Director Personnel and then Hilti as one of their first employees and youngest vice president.

However, after several years my boss at the time, the CEO of Hilti’s Western Hemisphere operation, came to me and said “I am tired of you running HR. All the Division President’s like you but they don’t like that you’re trying to run their businesses.  If you want to run something why don’t you go run our Latin America division.”  I did and, as they say, the rest is history.

I left Hilti and went on to run two other successful businesses.  United States Mutual Association a collection of small background screening companies across the United states that a venture capital firm hired me to bring together into a single company in Tulsa.  I was also President of Comgraphx, Inc., a nationally recognized screen, digital and flexographic printing company.

Ready to do something different, that did not involve the pressures of “ever stretching” sales forecasts, I decided to change the pace and work out of the house consulting businesses on strategy development and executive coaching.

About the second time the phone rang and the Jack Russell answered and pissed off a potential client, I decided it was time to have a professional office and peers – so I joined Corporate Performance Group.  It was a great decision and their mix of experience based consulting coupled with a strong bias to helping the client, no matter what, met my vision for a next career.

I also have a passion for the nonprofit world and am active with and a past Chairman of the boards of Junior Achievement Oklahoma, A New Leaf and Morningcrest Healthcare Foundation.   I have been involved in several nonprofit acquisitions and mergers, including helping lead the sale of Hillcrest Healthcare Systems to Ardent Healthcare.  These experiences have served me well and I am proud to have as clients today several prominent local and national charities.

This third career track of management consultant is likely to be my last and the most rewarding.  What a blast getting to share my successes and failures to help other organization leaders achieve their dreams.